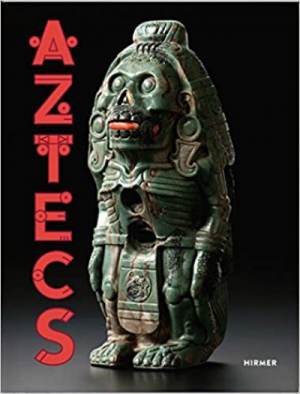 The Aztec Empire was known as an alliance between the three city-states of Mexico: Tenochtitlan, Texcoco, and Tlacopan from 1428 to 1521. Also known as the “Triple Alliance,” these three city-states oversaw the area in and around the valley of Mexico and controlled most of central Mexico. In 1521, Spanish conquistador Hernán Cortés led an expedition into the region that precipitated the fall of the Aztec Empire and marked the beginning of the Spanish colonization of the Americas.

Aztecs showcases the beauty and artistry of the Aztec culture with unpublished finds such as rare feather shields, impressive stone sculptures, precious mosaic masks, and gold works, as well as brilliantly-colored illustrated manuscripts that bring the world of the Aztecs to life. Precious objects from the magnificent furnishings of the palace of Emperor Moctezuma and the main temple Templo Mayor, including recently discovered sacrificial offerings that have never previously been exhibited are featured in this publication. Through 400 color illustrations, this book provides an extensive look into the captivating history of the Aztec Empire.