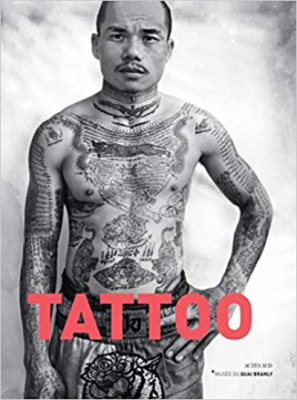 The practice of tattooing has an extensive primitive history in Asian and African countries, where it had social, religious and mystical roles. In 3000 BC, Ötzi (whose mummy was famously discovered in the 1990s) covered his body in 57 tattoos. In the West, meanwhile, tattoos have long been signifiers of infamy and criminality, before becoming a badge of identity for various urban tribes. Tattoo examines the artistic nature of the practice and celebrates its many cultural expressions from ancient times to the present. Among the topics explored are Native North American tattoos; American tattooing from the Revolution through the 1980s; Russian criminal tattooing; European sideshow culture; Japan's tattoo boom during the Edo period; tattooing in the Marquesas Islands, Indonesia, the Philippines and Thailand; and newly emerging Latino, Chicano and Chinese tattoo cultures. Alongside accounts of older tattoo practices (presented through rare artifacts, paintings and archival photographs) and contemporary cultural trends in tattooing, the book pays tribute to the pioneers of the modern era, those responsible for its transformation into the mainstream. In addition, it includes two "workshop" sections in which contemporary tattoo artists demonstrate their craft. The artists featured are internationally renowned, and many have created a style that has evolved into its own school. The book closes with a series of photos assessing the most recent currents in modern tattooing.