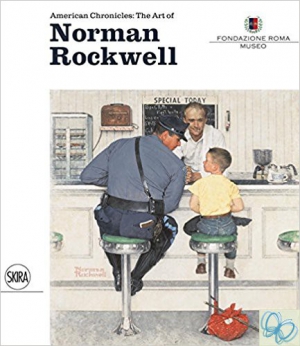 Twentieth-century American society wittily and ironically portrayed by a great artist. ﻿Norman Rockwell (1894–1978), one of the most popular American artists of the past century, has often been regarded as a simple illustrator and had his work identified with the covers of the Saturday Evening Post. He is, instead, a total artist. An acute observer of human nature and talented storyteller, Rockwell captured America’s evolving society in small details and nuances, portraying scenes of the everyday life of ordinary people and presenting a personal and often idealized interpretation of the American identity. His images offered a reassuring visual haven in a period of epoch-making transformation that led to the birth of the modern American society.

The art of Norman Rockwell entered the homes of millions of Americans for over fifty years, illustrating the Roaring Twenties, the Depression, World War II, and the 1950s and 1960s. His works mirror aspects of the life of average Americans with precise realism and often in a humorous light. The exhibition catalog organized in collaboration with the Norman Rockwell Museum of Stockbridge, Massachusetts, presents well-known and beloved masterpieces like the Triple Self-Portrait (1960), Girl at the Mirror (1954), and The Art Critic (1955) alongside carefully observed images of youthful innocence (No Swimming, 1921) and paintings with a powerful social message like The Problem We All Live With (1964).